Canine Cancer Continuum | Part 3: How Immunotherapy Works and Why It’s So Effective 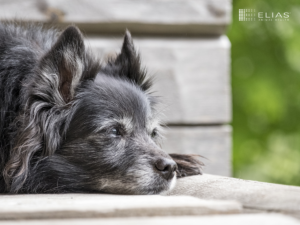 In this final installment of the Canine Cancer Continuum, we talk about immunotherapy – what it is, how it works, and how it can help in the fight against cancer. (Check out Part 1 and Part 2.)

“Without an immune system, we would have no way to fight harmful things that enter our body from the outside or harmful changes that occur inside our body. The main tasks of the body’s immune system are:

In a nutshell, our immune systems are powerful mechanisms designed to protect us and keep us healthy. They work 24/7 to fight off external threats, like viruses and environmental stressors, and internal threats, like stresses to normal cells in the body. Both can lead to disease and result in illness, including cancer.

How Can Our Immune Systems Fight Cancer?

One of the amazing things our immune systems can do is to create immunity from infectious disease by remembering how to fight off cells that don’t belong, which provides protection against things it has fought off before. Researchers believe that effective immunotherapy can result in cancer-specific memory cells which can help the body remember the cancer cells it attacked previously in a similar way that the immune system fights chickenpox or the measles. (That’s why people who have had chickenpox, or those who have been vaccinated for chickenpox, are able to fight off the disease if they are later exposed.)

Cancer cells are tricky. They have developed ways to hide from the immune system. Traditionally, we’ve used chemo or radiation to treat cancer. If successful, cancer cells disappear, and the patient is in remission.

We all know people who have suffered through chemotherapy and the burns that come with radiation therapy. Chemo, particularly, ravages the body. It kills cancer cells but because it’s so powerful, it damages surrounding healthy cells as well. It’s a tried and true treatment for many, many forms of cancer.

Is There An Alternative, a Better Way?

Rather than being an outside force that is designed to kill cancer and—inadvertently—the healthy cells around it, the ELIAS cancer immunotherapy (ECI®) creates a vaccine from the patient’s cancer cells, which stimulates the immune system to produce killer T cells to fight off the cancer.

Those cells are harvested and sent to ELIAS to become “functionally empowered and numerically expanded.” In plain-speak, our patented process grows more and more powerful killer T cells, which are then intravenously infused into the patient. This activates the immune system to fight off what shouldn’t be there. Then the immune system does what it was created to do: fight disease.

“If my dog had osteosarcoma, I would pick [ECI®].” – Brooke Fowler, DVM, MS, DACVIM (Oncology)

At the age of 6, Roscoe was diagnosed with osteosarcoma. There wasn’t much hope until Roscoe’s (human) mom heard about our clinical trial using immunotherapy and no chemotherapy. A year after his treatment with ECI®, Roscoe was still cancer-free, living a full life and bringing joy to his family.

“The people at ELIAS Animal Health are my heroes. Roscoe is living a normal life and won’t die of cancer.” – Roscoe’s mom

Immunotherapy gives us a greater chance to potentially cure cancer by teaching our immune system how to fight off bad cells while leveraging what it does best – fight things that shouldn’t be there.

We’re excited about the future of immunotherapy. It opens up possibilities that didn’t exist a few years ago. ELIAS continues its quest to treat canine cancer and share our research with our human health counterparts, working toward better therapies for dogs and people.