Why We Use Cytotoxic T Cells to Attack Cancer 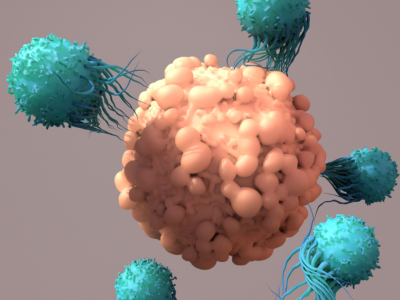 The immune system hosts an army of white blood cells dedicated to helping the body fight infections. One faction of this army includes T cells, a type of white blood cell that develops from stem cells in bone marrow. There are three main types of T cells that each play a different role in the highly-coordinated defense of the body against illness:

Over the past few decades, advancements in immunotherapy have come a long way, and it is now an important part of treating some types of cancer. There are several different types of immunotherapy, such as vaccines, immunomodulators, oncolytic viruses, and adoptive cell therapies. Adoptive cell therapies harness the tools the immune system has within itself—such as T cells—to fight cancer.

The ELIAS Cancer Immunotherapy (ECI®) is a two-step treatment that combines the power of vaccination with activated T cell therapy to empower cytotoxic T cells to attack cancer inside a patient’s body. The first step involves priming the patient’s immune system with a personalized vaccine that stimulates an immune response. The second step is the activation, expansion and reinfusion of the cancer antigen-specific T cells into the patient, which can travel to and attack cancer cells in the dog’s body.

Activated T Cells Can Hunt Down and Attack Cancer Cells

The second step in ECI is an important differentiator from other immunotherapies—vaccination alone is not enough to fully activate the immune system against cancer. T cells have the capacity to be conditioned to certain types of proteins or antigens within the body, but not all.

After vaccination, T cells are primed to recognize the cancer antigens but cancer is a difficult target and more help is needed for the immune system to wage a successful battle. In order to produce a significant immune response, the patient needs as many cancer-conditioned T cells as possible. To do this, ECI patients undergo apheresis to harvest cancer-specific T cells generated by the vaccine which can be activated to be more aggressive and expanded in numbers in the lab, significantly increasing the amount of cancer-specific killer T cells. This army of activated T cells are infused into the patient through an IV. Once inside the bloodstream, activated T cells can initiate a large enough immune response to support a coordinated attack of cancer cells.

For a more detailed look at how this works, check out the mechanism of action data in the ECI® Technical Summary.

In a clinical study, researchers determined that ECI was safe and tolerable, and results of the study were published in the Journal of Veterinary Internal Medicine (July 2020). In that study, Median Survival Time (MST) for dogs completing the osteosarcoma protocol was 415 days. It was further noted that this MST exceeded those typically reported for patients receiving amputation plus chemotherapy.

Learn more about the ECI T cell infusion process and what to expect afterward in our recent blog.